Greetings from London! I’m over here in the United Kingdom for some meetings and research.

I love this city. I spent a couple of happy years working here in the heart of the financial district.

So during my trip, I wanted to visit as many of my “old haunts” as possible… including the area where I used to work. 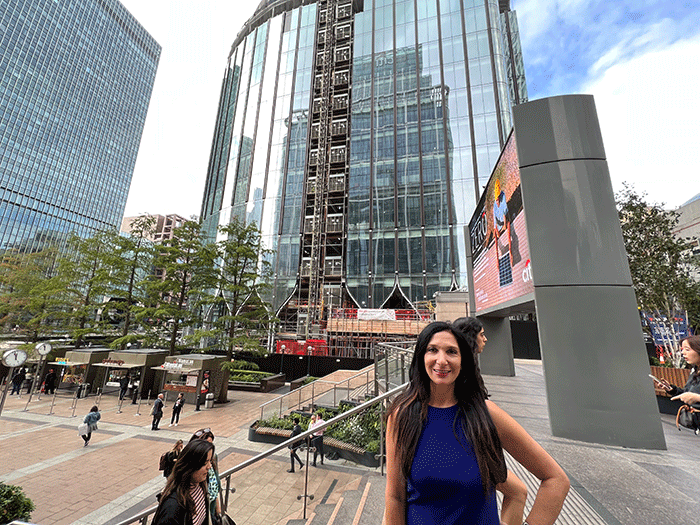 Of course, I’m here during a time of immense sorrow for the British people, with the death of Queen Elizabeth.

But my trip also coincides with the anniversary of a key trigger event for one of the worst global financial crises we’ve ever seen.

In a special video today, I revisit this pivotal moment in our economy’s history.

And I look at how history is about to be repeated…

Click the image below – to watch my latest video update. It’s just over four minutes long.

And as always, I’ve also included a transcript underneath.

Let me know what you think at [email protected].

Hi everyone. Nomi here. I’m coming to you from Canary Wharf in South London. This area is the modern heart of finance for the United Kingdom. And it’s one of the most important business districts in the world.

When I was an investment banker here back in the 1990s, it was still in development. The only food on site was an old fruit lady with her own stand in a lunch spot in something called the Billingsgate Fish Market, where we would eat alongside fishmongers.

So it’s always amazing to return to this area and see all of the change that’s taking place.

And this place appears to be booming, even though we are in tough economic and challenging times right now.

You see, the world has changed so much since I was a banker in London. I was a senior managing director at the then famed and now infamous Bear Stearns here in London.

The United Kingdom headquarter offices were located at One Canada Square, in this building. I was on the 25th floor, near where I am right now.

And that means I was basically on the ground floor. And I built from scratch one of the most admired analytical teams in London finance.

The salesforce at the time – they were skeptical of this young American that had just shown up. But over time – and my beating them at Liar’s Poker for mega-sums of money – we became really close friends. I actually just saw several of them for dinner last night.

But more than the actual location and the memories, there’s much we can learn from Bear Stearns and other firms like it.

You see, Bear Stearns wasn’t the only doomed bank casualty of the financial crisis of 2008. It went bust in March 2008. Parts of it were bought up by JPMorgan Chase in the aftermath.

But it was one of a list of financial players stretching out for fast money, and greed-driven practices that ignored the risk entailed in them.

Lehman Brothers also had its European headquarters in this area of Canary Wharf. Today, September 15, marks the 14th anniversary of its epic collapse, when it filed for bankruptcy.

The move sent financial ripples throughout the entire world. The very next day, Barclays, which is also located in this area, moved to buy up Lehman’s U.S. operations.

But the psychological damage and the stability of the markets that was wrecked… that had already happened. That move sent the world into a global financial tailspin, and then into an economic crisis of a kind not seen in generations.

Governments unleashed epic bailouts of Wall Street and global banks. Central banks unloaded an arsenal of loose monetary policies in an effort to prevent a feared fallout of the entire global financial system.

That was the first phase of The Great Distortion. You know that story. Unemployment skyrocketed. Bankruptcies snowballed. People were forced from their homes. And millions were pushed into poverty.

The truth is that these banks got too complex with their trading. They were offering up products to investors, pension funds, and cities around the world. They promised them financial innovation and upside.

The system buckled when every institution was just over-leveraged. Banks risked the well-being of the economy in order to make money.

They failed. They got bailed out.

Ignoring History Could Be Costly

Central banks got massively more powerful in the process. The pandemic hit in 2020, and they printed money again.

That is when The Great Distortion became a permanent one.

Today, the world is yet again barreling towards a similar kind of situation. Here in the U.K., in the midst of an energy and cost of living crisis, Parliament is looking to remove yet more risk-buffers from the biggest financial players.

For you, understanding the underlying value of companies, the real business operations, and the long-term vision should be the cornerstone of every long-term investment decision.

And that is what me and my team are committed to doing for you.

Happy investing, and I will talk to you soon.