Nomi’s Note: Today, I’m handing the reins to my colleague John Pangere. John is the co-editor of my Rogue Strategic Trader advisory. And he has done just about everything both in and out of the investing world.

He’s got an engineering degree from Purdue University. He managed multimillion-dollar construction projects before switching to finance. He’s also a former investment banker, where he worked on late-stage venture deals and with early-stage startups.

In today’s edition, John shines a light on the FTX collapse. It’s a topic I’ve written a lot about in these pages (catch up on the latest here). And he shows why there’s much more to success in the markets than simply finding the next hot pick…

One million dollars in 60 seconds.

It was a shocking loss. And I had a front row seat to the entire show.

Not long after the Great Financial Crisis, I decided to jump into the world of trading. Armed with little knowledge at the time, I hopped on board with a proprietary trading firm.

Best of all, it was a journey of how to control risk.

So after setting my stop losses on my open positions that day, I decided to head out. But before I did, I stopped by a senior trader’s desk.

He was what we referred to as a cowboy trader. He traded like he was riding a bucking bronco. One day, he would tame the beast. The next, he was thrown from his saddle, bruised and battered.

But in most cases, he lived to fight again. Until that one fateful day…

…Where he kept piling on a losing trade. He had a gut feeling, until the trading firm shut him off. His entire account was gone in 60 seconds.

It was painful to watch. But it was another lesson on how not to speculate.

And it’s a lesson that I think back on often. Especially after the recent debacle in crypto…

Financial firms implode. It happens during every market cycle.

Sometimes it’s legitimate. They made bad decisions, but within what the law allows.

They played by the rules. They gambled with the firm’s money. And they lost.

However, that’s not the case with former financial broker-dealer firm MF Global.

MF Global’s primary business was acting as a custodian for its clients. It’s no different than brokerage firms like Fidelity or Charles Schwab. Except it catered to speculators of things like futures contracts and commodities.

Heading the firm was former U.S. Senator and Governor of New Jersey, Jon Corzine. He was also the CEO of Goldman Sachs at one point.

While working at MF Global, greed got the better of Jon Corzine. He wanted to make billions.

So he bet big with the company’s money on things like the direction of the European bond market. Things turned south. Then came the margin calls.

The problem was the company didn’t have the cash. It should have declared bankruptcy.

But Jon Corzine did something unthinkable. He used client funds to meet those margin calls.

It was simply theft. And it’s illegal.

$1.6 billion of client money disappeared. It wasn’t until brokerage firm Interactive Brokers (IB) did a weekend of due diligence that the fraud was discovered.

Not long after, the company collapsed into bankruptcy.

Yet it wasn’t Corzine’s first foray into shady business decisions.

Back in 1998 while he was CEO of Goldman, Corzine told the firm to start trading like the ill-fated Long-Term Capital Management (LTCM). This was months before LTCM blew up.

Goldman almost went with it. Corzine was forced out, and so began his journey into politics.

His antics at MF Global were a shocking act of fraud, but there were no criminal charges for a single person involved.

Which may be one reason why the most recent misconduct in financial markets took place at all.

By now, many of you know the carnage at crypto trading firm FTX Global. Fortune magazine dubbed its founder, Sam Bankman-Fried (SBF), the next Warren Buffett.

Popular TV host Jim Cramer even likened him to this century’s J.P. Morgan in a tweet earlier this year.

But it was all a façade.

SBF started in the crypto world with his crypto hedge fund Alameda Research. He claimed to manage about $15 billion in assets as of June 30, 2022.

He started FTX after getting frustrated at the execution of his crypto trades. It quickly grew to become the third largest crypto exchange in the world. Customers parked nearly $16 billion of assets with the firm.

More importantly, SBF was the darling of the crypto world. They called him a genius. And he used that to his advantage.

He spent hundreds of millions of dollars on lobbying, sports sponsorships, celebrity endorsements, and political capital.

It was easy to say he was on top of the world… until rival crypto founder – Changpeng Zhao (CZ) – helped bring it all down, similar to IB and MF Global.

During a storm of tweets on Twitter, CZ criticized and questioned the relationship between FTX and Alameda. That panicked customers. It all folded within days.

As I write, it looks like SBF used as much as $10 billion in FTX customer funds to cover his losses at Alameda. That makes Jon Corzine look like a pedestrian riding his bike on the side of the road as SBF zooms by in his Ferrari.

Ironically, it was Corzine’s earlier success at avoiding a perp walk that helped enable this behavior.

What’s next is anyone’s guess. Word is that SBF is now “hunkered down” in an upscale neighborhood in the Bahamas.

He may not survive the aftermath. He may have political connections just like Corzine. But this time, there may be no choice but to slap on the cuffs.

The point of this isn’t so much about the fraud. It’s about risk.

People always ask me what I think the most important thing is when investing. And the first thing I say is managing my risk.

Risk can show up in many forms. There’s risk in the types of securities you pour money into. Like stocks, bonds, options, and even crypto.

And there’s risk in who you have your assets with. It’s what we call counterparty risk. Your broker – like Schwab, E-Trade, or Fidelity – is a source of this risk.

MF Global and FTX are also two examples of counterparty risk. Customers trusted them to hold their funds safe. Instead, they treated it like a slush fund.

When it comes to counterparty risk, I have accounts with several brokers. One account is for some of my core assets. Another is specifically for speculating.

It’s all about spreading around my risk in case one of these institutions fails.

As far as my investments, there’s a difference between what I call core assets – investments that I plan on holding for decades – and speculative trades like crypto or warrants.

Managing position risks helps take the emotion out of investing and speculating. So for core assets, that could be using trailing stops.

For speculations – where trailing stops don’t work because of volatility – it’s more about managing the size of your position.

As I tell readers of our premium service Strategic Trader all the time, when it comes to speculative positions, never bet more than you can afford to lose.

And even more important, take profits when you can. After a position doubles or more, sell enough to take your initial capital out. Then let the rest ride until it’s time to move on.

At the end of the day, simple risk management rules can help you preserve your assets. Or avoid disasters like MF Global and FTX.

After all, no one should ever feel the pain of getting Corzined.

Nomi’s Note: Nomi here again. Before you go, I want to tell you about an urgent announcement from my colleague Marc Chaikin.

Marc called the bear market in tech all the way back in ’21. He even warned about nearly two dozen stocks that have since plummeted – including what became nine of the worst tech stocks of the year. And today, his counsel feels more dire. He’s warning Americans to prepare for what he calls a “historic financial reset” on January 2.

Look, I don’t know if Chaikin is right in what he’s predicting… But I do know he’s been correct on a lot of things over the past two years. It’s definitely worth your while to hear what he’s saying, and see what you think. That’s why I dropped everything to film a short video to tell you more about it. It runs just under two minutes. To watch it, simply click here or the image below. 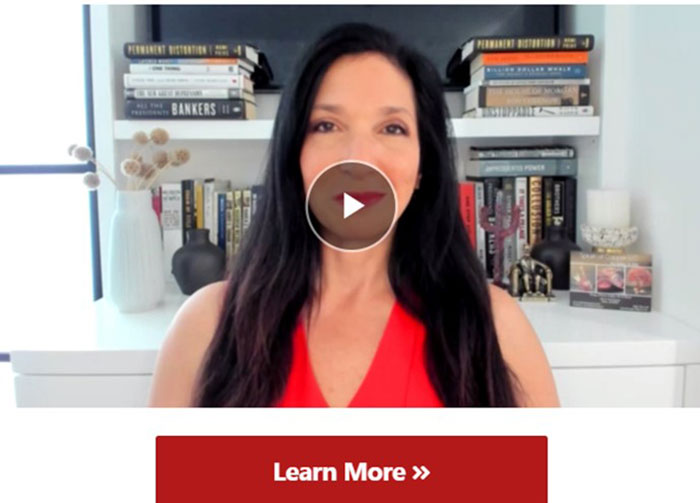