“Millions on verge of starvation…”

“Biggest mass exodus in history of the Americas…”

What a glorious show! Right before our eyes… a real-life, real-time experiment…

…all the conceits… the pretensions… the balderdash… the claptrap…

…all laid out for the world to see. And now, stretched out in front of us like a drug dealer in the morgue, is a Great Dream busted up so thoroughly that there can be no doubt – it was a scam from the get-go.

You put a pot on the burner. Eventually, it boils. And Caracas was boiling last night. Earlier in the day, a direct challenge to Nicolás Maduro’s presidency. Juan Guaidó – president of Venezuela’s National Assembly – declared himself the legitimate president of the country.

Government is always a way for the few to exploit the many. But it’s not always the same few.

The background: Hugo Chávez won the popular vote in 1998. Venezuela was a rich country then, buoyed by what seemed to be an inexhaustible inflow of oil revenues.

Mr. Chávez combined some of the worst features of AOC and DJT. He was a “strongman” know-it-all claiming to represent the little guy. And he had all the popular delusions – that deficits don’t matter… that the feds should give free education and free medical care… and that you can “stimulate” the economy and “grow your way out of debt” by spending money you don’t have.

Mr. Chávez realized, like Mr. Trump, that there were a lot more poor voters, than rich voters and that they were fed up with corrupt, crony capitalism.

He proposed, like Ms. Ocasio-Cortez, various larcenous programs of the socialist genre, designed to shore up his support among the masses. Among the programs: land seizures, price controls, and nationalizing major industries.

These were a big hit. His approval rating rose to 80%. But inevitably, there were some who were jealous of his power… others who were afraid of it… and a few who saw that his policies would destroy the country.

They rose up against Chávez in 2002. But the revolt fizzled and Chávez was soon back in power.

In 2006, he won a third term, again with a substantial majority, and further consolidated his power until he died in 2013. From there, Nicolás Maduro, an ally of Chávez, took control and continued in the same doomed direction as his predecessor.

Then, oil was still trading over $100 a barrel. But no amount of money is so great that it can’t be wasted and stolen. And when the price of a barrel of oil fell under $50 in 2015, the EZ money wasn’t so EZ anymore and the country pitched over and headed for the rocks.

Would the zombies give up their rich loot? Would the cronies return their ill-gotten cash? Would the Venezuelan government cut spending in order to protect the bolívar?

Of course not. That’s not the way it works… neither in Caracas nor in Washington.

Instead, those in charge resorted to the familiar refuge of scoundrels – borrowing… and printing.

Inflation grew steadily worse. The bolívar, like the dollar, is fake money (with no gold backing). This year, the inflation rate is expected to hit 1.3 million percent. Which is where most people stop counting and pack their bags. And that’s what many are doing.

They’re taking to the highway… making their way to the border as best they can. Fortunately for them, their neighbors have erected no walls to keep them out, so they make their escape to Colombia, Brazil, or Guyana… and do their best to survive.

And now it seems to be coming upon a denouement… a climax… wherein the rulers who have bled the country dry must now move on… and allow a new set of rulers to do their work.

A Reuters report out yesterday:

The 35-year-old Guaido has energized the opposition with a campaign to declare Maduro a usurper after elections last year widely regarded as fraudulent, and has promised a transition to a new government in a nation suffering a hyperinflationary economic collapse.

“I swear to assume all the powers of the presidency to secure an end to the usurpation [by Nicolás Maduro],” said Guaido, recently elected head of congress, before an exuberant crowd.

Almost immediately, the U.S. threw its lot in with the new government. Mr. Trump said he would recognize Mr. Guaido as the legitimate ruler. His VP, Mike Pence, made the remarkable claim that the Venezuelans were funding the refugee caravan headed to the U.S. border…

Piling on, gratuitously and comically, Senator Rick Scott of Florida, says Venezuela should be designated a terrorist state and its president, Nicolás Maduro, “is clearly a terrorist.”

What makes consensual democracy tolerable – barely – is the consensual part, not the democracy.

Even the most incompetent, ignorant jackass can get himself elected, as proven often and illustrated widely. Then, the aspiring, ambitious leader tries to dump the “consensual” part as soon as possible.

Hitler did it with his Enabling Act of 1933. Chávez began a series of enabling acts and constitutional reforms soon after he was elected.

By 2010, the nationalizations, price controls, and deficits were already battering the little guys.

But by then, the need for consensus was gone. Chávez and his successor, Maduro, could do pretty much whatever they wanted… up to a point.

That point may have been reached yesterday.

By Jeff Brown, Editor, The Near Future Report

Amazon has its new headquarters…

America’s third-most valuable public company recently announced that it would open two new headquarters: One in Northern Virginia and another in Long Island City.

Leading up to the announcement, 238 cities put their name in the hat as potential candidates.

Many cities went out of their way to impress Amazon’s economic development team, offering generous tax breaks, hoping to get the nod.

This process was followed with a lot of fanfare and suspense. The media speculated on which city would win as though it were a reality TV show…

The unfolding drama drove news stories… media speculation… and it created a buzz in the cities that Amazon visited.

But here’s what the media won’t tell you: This dramatic process was nothing but a ruse…

Amazon knew exactly what it would do the entire time.

Amazon now generates more than $200 billion in revenue per year. And its product offerings are extensive. Amazon now has:

But Amazon’s success, some would say dominance, is starting to draw scrutiny from U.S. regulatory bodies.

The company knows that regulatory risk is real.

So where better to establish another headquarters? As close to the nation’s capital as possible.

The move to Northern Virginia puts Amazon close to regulatory bodies and policy makers. And it allows Amazon to generate goodwill in the D.C. area by providing jobs and supporting the local economy.

So, if Amazon knew it would choose a location in the D.C. area all along, why did it put on such a show during its 14-month search?

Simple: Amazon made it seem like a fair competition for public perception and to gain major tax breaks from the local governments. The local government in the Crystal City area of Northern Virginia granted Amazon $573 million in performance-based tax breaks.

This was a very shrewd move for Amazon. But it doesn’t change the fact that the company’s “search” for a second headquarters was nothing more than a performance.

P.S. You may be wondering about Amazon’s announcement of a second headquarters in New York. What was the reason for that location? That decision had the press scratching their heads. But to me, New York was an obvious choice.

The city is the center of the financial universe. Amazon needs to be close to the financial services companies in order to pull off what I believe will be its next big move: issuing its own cryptocurrency, an “Amazon-coin.”

That may sound too incredible to believe. But when you look at the evidence, you might feel differently. Go right here for the full story.

Venezuela Is in Crisis. So Why Don’t Resource Investors Care?
As Bill wrote, Venezuela is in the midst of a political crisis. A direct challenge to Nicolás Maduro’s presidency is playing out in real time. The country is a major exporter of oil. You’d think the political news would impact the price of oil. But strangely… not so much.

Could the Government Shutdown Be Hurting Bitcoin?
The United States federal government is still “shut down.” Non-essential government employees have been furloughed until further notice. This is having far-reaching effects, including in the crypto market…

The One Thing That Might Save This Bull Market
Bill sees a market selloff coming. Stocks will crash. The economy will slide into recession. But there’s also a bull case to be made. One expert believes a little-seen market force could push stocks higher.

In the mailbag, strong feelings: Trump… The government shutdown… and should we audit Congress?

America is no longer the land of the free. We were a nation of the people by the people for the people. The taxpayers pay Congress and the president. And we voted these people in. How dare someone believe he can do what he wants with taxpayer money as he holds the nation hostage. Is Trump working for America?

At least President Trump is honoring his promises and we in the “silent” majority now see the vile corruption in the Democrats. Their elected officials are so low, all they do is show what bad losers they are, instead of honoring our duly-elected president and just doing their job. Stop trying to distort or change our great Constitution of the United States. All Congress should be open for public audits!

Thank you for your insight and perspective on current events and superb sense of humor. Described as a “Trumpster” by my friends, a current furloughed fed, a conservative by fiscal standards, and pseudo-liberal on other matters, it appears that a solution to the morass in D.C. could be handled quite easily.

President Trump might offer publicly (for transparency) to: a. Let the “DACA/Dreamers” work toward citizenship with 10-year careers, minimum, in STEM or the military, and b. For their parents (yes I know the argument about amnesty), issue 10-year green cards and the requirement to become a citizen through the normal process starting at the end of the line, plus minimal fines. No voting/social service benefits until either of these classes meet their requirements. In consideration for the previous items, approve the initial $5.7 billion for border security with “no” restrictions on use.

All the best for a healthy and prosperous 2019. And yes, I’m heavy into gold. Thank you.

I am very glad that you are sufficiently thick-skinned and confident enough to keep writing the Diary in the face of all the disparaging comments you get. I’m not one of the 1% with most of the wealth – in fact, I am almost at the extreme opposite end of the spectrum – but am still fully on board with your views. Including your view of AOC. While I could accept that she means well and that she probably hasn’t yet been turned into another Swamp Creature, I consider her ideas to be delusional and destructive.

Meanwhile, after Bill’s story of caring for “Ol’ Billy,” the blind dog, a dear reader reminds Bill that it could always be worse…

There are vet clinics that are better equipped to take care of an impaired dog than we are. But it could have been worse. Your daughter could have owned a pet elephant! Lol. God bless you.

Are you ready for the coming crash?

Most investors will be wringing their hands. But smart traders have the opportunity to double their money again and again. Jeff will give all the details this Saturday, in a one-time online event. Reserve your spot here. 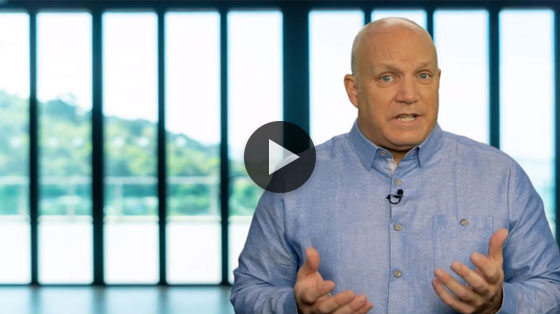