There are dozens of ways to value a company’s shares. One of the simplest is to look at its share price relative to the sales the company rang up over the past 12 months. 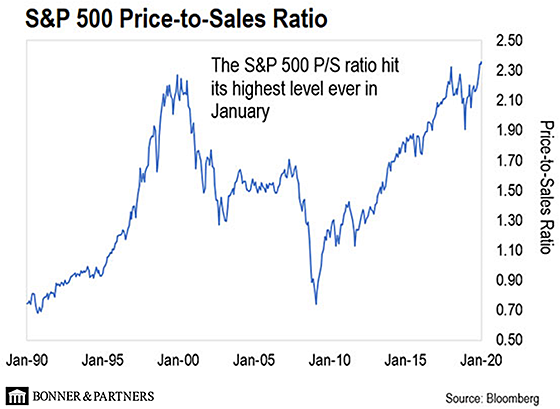 As you can see, in January, the P/S ratio for the S&P 500 hit its highest level ever.

Think about that for a moment…

And that didn’t end well. After the P/S ratio peaked at 2.36 in March 2000, the index fell 49% before bottoming three years later.