We spend so much time on long train and bus rides and in waiting rooms and ticket lines.

We have to get to and from the train station. That usually involves a subway ride or a long walk, pushing luggage, and getting a lot of strange looks from the locals.

Then, every few days, we move into new digs… where we sleep in new beds, wash with a new shower, and brush our teeth in a new sink. We often have to share bathrooms with others.

The kids don’t have friends or any toys.

Yet the kids never complain, get rowdy, or misbehave.

“I love your kids,” said Mrs. Wong yesterday. “They are so quiet.”

We’ve been traveling this way… moving from town to town and hostel to hostel, living out of a suitcase… for 16 months.

We can’t do any shopping or buy things from Amazon. We don’t have to deal with friends and relatives. We don’t really have any chores. The kids do their schoolwork. I write these postcards. Then we go find a nice meal somewhere and maybe do a little sightseeing. In the evenings, we put the kids to bed early and spend time on our phones in the dark.

Right now, we’re in Xining, a small city on the edge of the Tibetan Plateau, in northwestern China. We’re staying with Mrs. Wong (and a bunch of Chinese student backpackers).

Here are Dusty (11) and Miles (9) at Xining Railway Station helping me buy train tickets this morning. Pretty impressive building for a little city on the Tibetan Plateau… 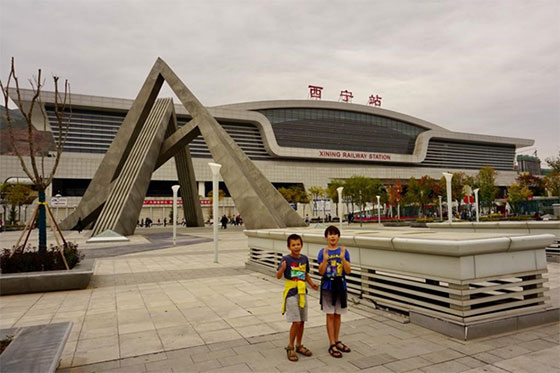 Our last day in Xining, a small city on the edge of the Tibetan Plateau

Meanwhile, back in America, the government is burning through so much cash there’s a shortage of dollars in the banking system. The Federal Reserve has had to start printing again.

(We were following the repo story for months in these postcards before it became headline news. At the time, we called it the plumbing underlying the world’s financial system. We knew it was going to blow up. And we knew the Fed would print money to fix it.)

People still don’t get it, though. They treat this repo story as if it were some technical issue in an obscure corner of the market. “The Fed just needs to flick the right switch and everything will go back to normal…” they think.

Actually, the Treasury is dependent on this liquidity and will get more so. The Fed will now print money and expand its balance sheet for many years into the future. This is the “War in Afghanistan” of Fed interventions… the beginning of a long and costly campaign that the Fed will find it impossible to extricate itself from. Mark these words.

There are powerful deflationary forces at work. This is normal given that we’ve been in a “valuations bear market” for 20 years.

I wrote about that here. To recap, stock market valuations have oscillated between “expensive” and “cheap” every generation or so – for the last 120 years – in a great wave. Valuations reached a peak of “expensive” in 1999. They’re now on their way back to “cheap.”

Valuations bear markets in the past have typically included four to six recessions. We’ve had two so far. If I’m right about this, there are at least two more recessions to come. Maybe more.

(We may be entering one now. Manufacturing is already in recession. Odds are high it becomes a “full-blown” recession soon. We’ll see.)

Pitted against deflation and recession are the central bankers, who will move mountains to prevent these. They are convinced they can fix deflation and uphold valuations by printing money, injecting liquidity, suppressing yield curves, and devaluing exchange rates.

Considering the collision of these forces, it’s clear to me that gold will be the world’s best-performing currency for the next few years. There’s no other currency – including the U.S. dollar – that we’d like to hold our savings in. Especially now that interest rates are again going to zero across the world, and you don’t get penalized for holding gold.

So when Kate and I saw gold break out of its seven-year downtrend last year, we took the chance and converted all our assets to gold.

The Dow-to-Gold ratio is my barometer, showing me where we stand in the cycle. (For more on how it works, see today’s mailbag below.)

P.S. As I write this, gold is about $60 off its recent high. If you haven’t bought yet, now is a good time to buy. Gold’s all-time high price in USD is $1,921. Please don’t wait until it’s making a new all-time high to get interested in gold…

P.P.S. You can’t tell from this angle, but this is a sprawling waterfront development with a mall and lots of office space. It’s been completely abandoned. Doesn’t even look that old… 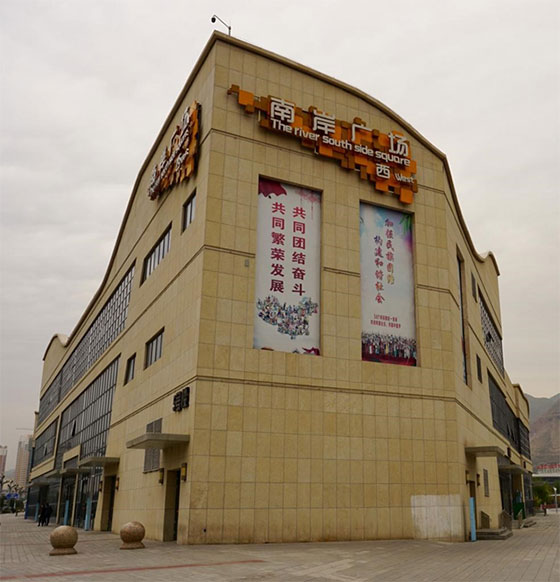 Reader question: I am now approaching 83 years of age and still investing and “kicking”… oops, not as high as before… Nevertheless, by following your investment strategies and suggestions you gave several years ago, the investment strategies are still giving me wonderful returns that are meeting my financial goals.

With that said… I am probably slipping in brainpower… can’t seem to understand how the Dow-to-Gold ratio works, and I am not able to figure it out. If you went over it in back postcards, I missed it. Could you explain it again? I would appreciate it.

Tom’s response: Thank you for your kind and thoughtful message!

To calculate the ratio, divide the latest price of the Dow by the latest gold price. I put the symbol ^DJI into Yahoo Finance to get the Dow. And I use Kitco.com for gold.

It turns out, once the Dow-to-Gold ratio gets in motion, it tends to stay in motion… until it reaches an extreme, at which point it reverses. So over the last 100 years or so of this, it’s formed a neat sine wave pattern.

I’m using this wave pattern as a market-timing system… rotating between stocks and gold every decade or so according to the position of the ratio within the wave pattern. The Dow-to-Gold ratio peaked in 1999 at 41. That was the last trade signal, and it was a time to sell stocks and buy gold. The next trade signal should occur in the next five to 10 years when the Dow-to-Gold ratio troughs under 5, and we’ll sell gold and buy stocks.

I hope this explains it. If you have more questions, please write back.

Reader question: When you say you went “all in on gold,” do you mean bars, coins, exchange-traded funds (ETFs), or stocks (gold miners or streaming companies)?

Tom’s response: All of the above. Plus some silver too. But my preference is physical gold. I wrote a detailed description of what I bought here.

Reader question: I remember your dollar thesis, namely that the dollar would rise against all other currencies. Can I assume you feel the cycle has ended because of your focus on gold and silver? Can you give a full explanation?

Tom’s response: Great question. I formed that idea in 2013, and since then, the dollar has been the strongest national currency on the planet. And it’s still going up, too.

Reader comment: I love reading about you and your family’s adventures. My husband and I went to China five years ago and are going again next month. When I hear you talking about all the building going on in China, it bothers me that you do not inform people that they are often empty apartments and often construction jobs that are not in operation. Much of this boom in China is a facade that the government is playing out for the world.

Tom’s response: Thanks for writing in. I touched on this most recently in Friday’s postcard. As I put it:

A lot of these projects feel like overcapacity. I showed you all those bikes in Chengdu. We saw a ghost city outside Kunming. We saw bridges to nowhere. And like I mentioned earlier, there seem to be a lot of empty buildings.

Read that postcard in full here if you missed it.

And as always, keep sending us your feedback at [email protected]. Kate and I read all your messages, even if I publish only shortened versions of them. We find them so encouraging and comforting.

Also, your comments are an integral part of this project. I will continue publishing as many of them as I can. (But don’t worry… I will never reveal your identity or publish any potentially identifying details from your message.)