CASTLE GROUNDS, OSAKA – We were wandering around yesterday when we bumped into the world-famous boy band BTS… 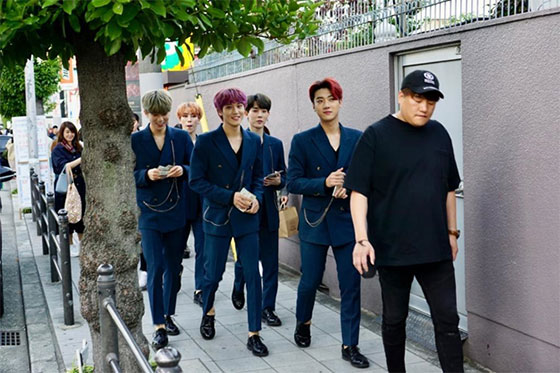 A crowd followed the men in blue suits

Greetings! My family and I are living in a sort of Neverland, where there’s no work, no school, no bills, no household chores, no shopping lists, and no errands to run.

We drift from country to country, town to town, with our little suitcase, sleeping in whatever cheap accommodations we can find. We eat from convenience stores, from street-food carts, and at fast food restaurants. We make friends with everyone around us, and we have lots of adventures.

It’s a beautiful day here in Osaka… with crystal blue skies and bright warm sunshine. It’s autumn, so the leaves on the trees have turned into the most vivid reds, oranges, and yellows I’ve ever seen. The parks and forests are so beautiful, people are coming from all over Japan to see them. It must be like New England.

I’m writing to you today from a Starbucks on the grounds of Osaka Castle. I’m drinking coffee and scrawling in the battered old notepad I use to write these postcards.

The boys are running around outside somewhere playing Pokémon Go. Japan feels so safe, we have no qualms about letting them go off on their own for several hours…

Kate and Penny are next door at a Scandinavian-style preschool playroom called Playville, where the kids play with magnets, paints, dominoes, kitchen utensils, etc.

In half an hour, we’ll all meet up again. We’ll go to the supermarket and fill up a shopping basket with sushi. Then we’ll have a sushi picnic in the park. (We’re too cheap to go to a restaurant. And the sushi in the supermarket is great.)

In short, it’s just another day on the Endless Vacation.

Here are the boys playing on the grounds around Osaka Castle… 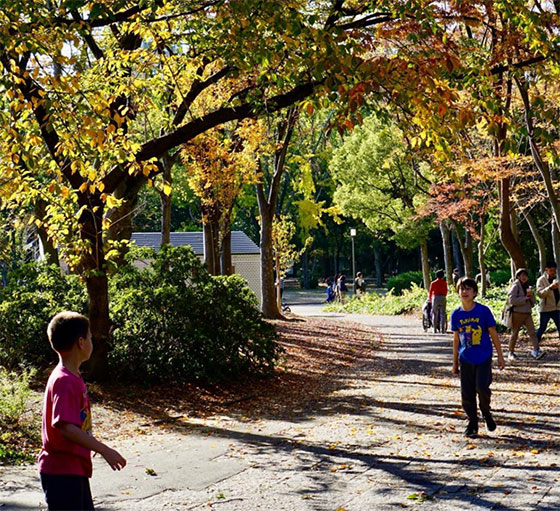 Left to right: Miles (9) and Dusty (11) playing on the grounds around
Osaka Castle

Japan is quickly becoming one of our favorite countries. The weather is fantastic, and the autumn colors are beautiful.

We love how safe it feels. I’ve noticed people don’t lock their bikes. And outside Playville, mothers left their backpacks in their bicycles’ baskets while they played with their children inside.

In Starbucks, people leave their computers and phones on the tables and their jackets on the backs of their chairs when they go to the bathroom.

Also, it’s pleasant to be among people with good manners. We’ve made a big effort to teach our kids to be polite and have good manners, so we really notice this.

People let you pass in front of them at subway ticket barriers, they thank you for holding a door open, and they don’t talk on their phones on the train.

The Japanese are so courteous, they make Kate and me feel like obnoxious tourists!

Today, for example, we got on a “women’s only” train car. Didn’t get a single snigger or smirk. If Dusty hadn’t alerted me, the women in that carriage would have saved my blushes all the way home.

I’d say it’s similar to America in terms of tourist burn rate. Much too expensive for our tastes.

We like places like Turkey or India, where you can live comfortably on $100 a week. Here in Japan, we’re spending $200 a day…

On our way to Osaka, we spent time with two pro wrestlers. They hold world titles in three countries.

Yesterday, we were wandering around Korea Town when we noticed a small crowd of people taking pictures of some men in matching blue suits. (Osaka has the largest Korean community in Japan.)

Was it a special event? We crossed the road. 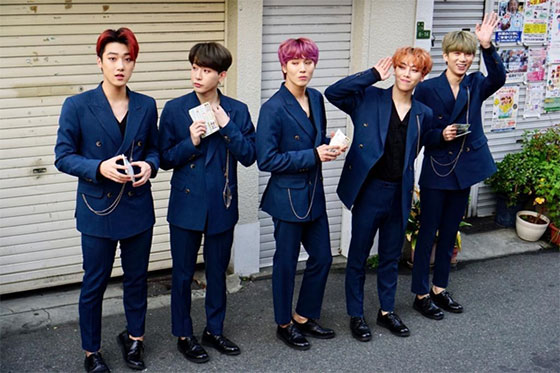 We ran into the Korean boy band megastars BTS

BTS are a Korean pop music act. They are the most successful group to come from the K-pop genre. They’re megastars in Korea, and they’re also pretty famous throughout the rest of the world.

We walked with them for a couple of blocks. Penny was starstruck. “Those boys are so handsome,” she said.

Kate and I just looked at each other in disbelief and gratitude at the amazing things that happen to us on a daily basis in Neverland.

After we met BTS, we went to dinner in Korea Town. We ate kimchi, japchae, kimbap, and Korean pancake. Then we bought the kids this enormous egg of cotton candy. 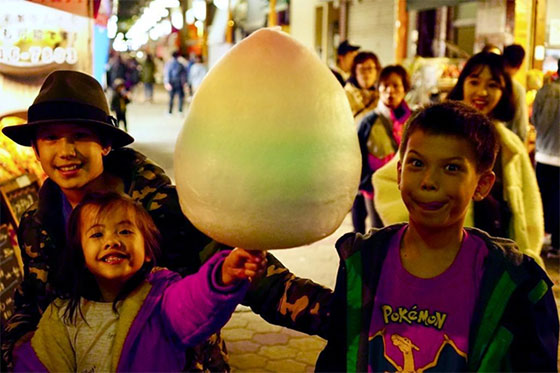 Today, I booked our travel arrangements for Baltimore. We arrive on January 21.

It feels strange making these plans. It’s like we’re astronauts making plans to return to Earth… or Peter Pan and Wendy preparing to return to London…

P.S. Gold is still resting. It’s at $1,460 an ounce, down from $1,550 three months ago. I’m as bullish as ever. I couldn’t script a more perfect environment for buying gold if I were a Hollywood writer.

What will really make gold rise is inflation… not 2% a year, but the kind of inflation that makes bond traders panic and voters get mad. That’d really put the wolf among the chickens. Gold would start rising like a penny stock.

No sign of that yet, but if the Federal Reserve keeps pumping fake money into the system, it won’t be far away.

P.P.S. Ironically, the thing that makes them pump the most is economic deceleration. A deep recession or two will motivate the Fed to open the tap to “max.” So we’ll see.