TIGER LEAPING GORGE, CHINA – I’m writing you today from the edge of one of the deepest canyons in the world. It’s called Tiger Leaping Gorge.

We’re staying at a guesthouse run by a Tibetan family, deep inside the canyon. Mountains tower thousands of feet above us. Down below, at the bottom of a deep gorge, is a powerful, violent river. The crashing water is so loud we can hear it from our beds.

They’ve carved the road into the side of the canyon. Sections of the road have fallen into the canyon, and there aren’t many safety barriers, so it’s a pretty scary ride.

We were in a taxi. Then we came around a corner and found the road blocked by a giant boulder…

Deep in the Mountains

If you’re new to our postcards, greetings from China! To catch you up, Kate (my ex-wife) and I gave away all our stuff, left America, and turned all our savings into gold nearly 16 months ago.

We’ve been traveling around the world with our three kids ever since, living out of a suitcase, staying in budget guesthouses, homeschooling the kids, and exploring some of the most rugged and challenging places we can find…

We’re currently in southern China, in Yunnan Province, deep in the mountains near the border with Burma and Tibet.

Today, we took a two-hour bus ride from Lijiang to Qiaotou. Then we took a taxi into the canyon. We had to scramble over a rockslide, on a cliff edge, above a raging river, to get to our hotel. 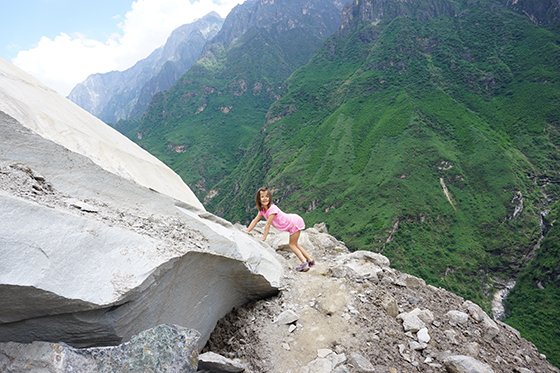 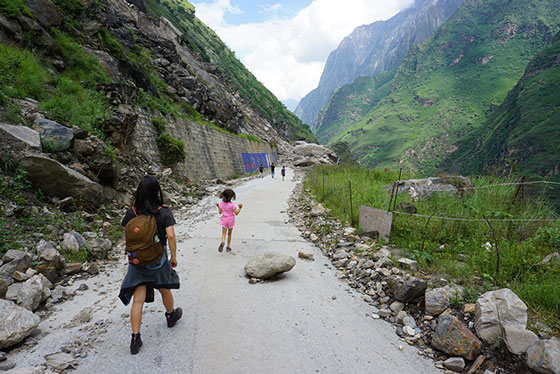 I’ve been describing China’s construction boom in these postcards. Everywhere we go, we see bridges, tunnels, subway stations, high-speed railways, highways, and lots and lots of ugly high-rise mini cities either recently constructed or under construction.

We were just in Lijiang, an ancient Chinese village with cobblestone streets and a brand-new bullet train station.

Today, we saw the great Jinshajiang bridges under construction. These two bridges will span the Tiger Leaping Gorge and connect the town of Shangri-La with a bullet train and an expressway.

This picture doesn’t do them justice, but these bridges are going to be engineering icons. 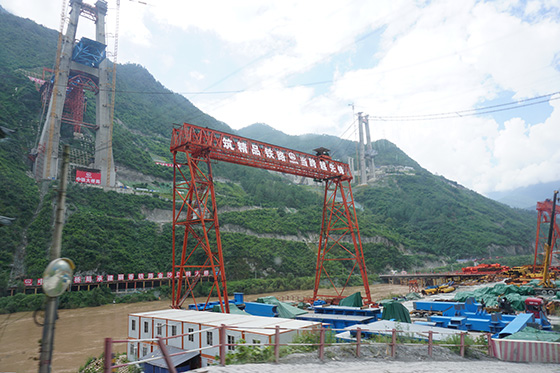 Building new bridges to the end of the earth

I’ve already reported how the highways and roads seem to have such little traffic. Yesterday, a reader asked about the Chinese ghost cities like the one we were just in. Now these bridges to nowhere in the backcountry. When did the Chinese get so rich?

The Japanese have been building bridges to nowhere for decades, trying to escape deflation. Now the Chinese. Europe will take up the cause soon, too. Eventually America will, too.

P.S. Freight trains carry cargo like steel pipes, cement blocks, new autos, or agricultural products. You can ride on freight trains, if you don’t mind sharing a ride with a shipment of coal or some tankers of petrochemicals. I love riding freight trains. There’s no better way to see the countryside. You get the wind in your hair, and you don’t have to bump elbows with the masses.

In fact, writing stories about my freight train rides was my first step toward becoming a newsletter writer 15 years ago.

It’s also a great way to understand the local economy. Freight train networks are the arteries and capillaries of a country. By watching them, you can get a good read on economic activity before the mainstream does.

I saw this chart recently. It shows railroad freight traffic is falling… 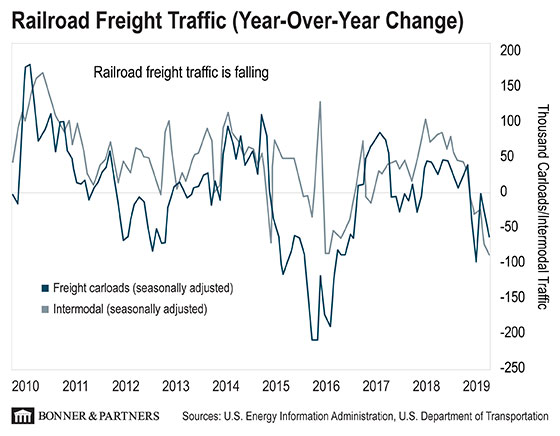