DELRAY BEACH, FLORIDA – This is Crash Awareness Week at the Diary.

If Team Trump stumbles, investors will be disappointed.

Gradually… then all of a sudden… they will realize that the premise behind this rally was false.

A growth spurt should raise the demand for capital. It should also increase labor rates and consumer prices.

Interest rates should go up, too. So should corporate sales. (Compared to sales revenues, U.S. stock prices are at their highest level – ever.)

This suggests to investors a “rotation” – out of bonds and into stocks.

Since Election Day, the yield on the widely watched 10-year Treasury note rose from about 1.7% to about 2.4% as prices fell. And the U.S. stock market shot up by about 10%.

But now, bond yields are falling as prices once again rally.

What’s going on? From His budget shall ye know Him.

The future is still unknowable. But thanks to his proposed spending plans, the mystery known as Donald J. Trump is largely solved. At least we can eliminate some possibilities.

Now we know what he won’t do…

You already know the backstory.

The Deep State – the “shadow government” that runs the country no matter whom you vote for – makes the major decisions.

Its goal is to hold on to and expand its power, using it to transfer real wealth to itself.

You know, too, that real growth can only be achieved if the drag of debt and the Deep State is reduced.

President Trump’s “drain the swamp” catchphrase was shorthand for getting the federales, the cronies, the zombies, and the Establishment insiders out of the way so the economy could function properly.

We have a fair idea of what would have happened if Hillary Clinton had been elected: more of the same.

What we wondered about was whether Donald J. Trump, a great disrupter, would break up the cozy collusion between government, crony industry, and zombie clients.

Still, it looked for a moment as though Mr. Trump might mean business.  The spooks appeared to be out to get him. Certainly, the mainstream media was.

The spy agencies are the deepest part of the Deep State. Was Trump angling to reduce their power, as President Kennedy vowed to do before he was assassinated?

Or was it just more of The Trump Show – a bit of theater designed to flatter Trump’s “tough guy” image?

But now that the broad contours of the Trump budget plan are out in the open, we have our answer.

The Deep State has nothing to worry about.  Its funding is secure.  Even if President Trump succeeds in passing his budget intact, the money will still flow. There are to be no substantial cuts to the Deep State.

Prices are jumping in Northern Virginia already, anticipating the flow of $54 billion more into the swamp. Restaurants and bars are already thinking of stretching hours and adding more expensive drinks.

Housing in Fairfax and Loudoun counties is booming as builders take their McMansion plans out of the drawers. Investment advisers are recommending shares in crony military industries.

Today’s budget speech might fill in more details. But in addition to calling for more money for the swamp, it is supposed to reaffirm “The Donald’s” campaign pledge not to cut entitlements.

And reports from the Republicans in Congress tell us that the new TrumpCare proposal will make only trivial cuts to the real cost of medical care and in no way cut the flow of wealth to the medical-insurance-legal complex.

Medical costs are already way out of line… and growing fast.

Unlike any other government program, they are essentially uncontrollable under present conditions. The demand for drugs and medical procedures is almost unlimited… as long as someone else pays for them.

Healthcare costs have been growing 10 times as fast as GDP over the last half-century. The combustibles in this explosion are complex.

But there is one critical element – one sine qua non – for the whole phenomenon: The person who benefits is not the same as the person who pays.

The winners: zombies (often obese, alcoholic, diabetic, or chain-smoking… who receive pills and treatments they don’t pay for) and cronies (the medical, insurance, and legal insiders with a grip on the system).

So let’s get this straight: The Deep State relies on two sources of income: fake money borrowed at ultra-low rates… and federal spending.

The fake-money system will not even be challenged; federal spending will increase. There will be no cuts to entitlements. The swamp fauna with guns will get more money to buy more guns.

There will be a little dry ground around the Environmental Protection Agency and other marginal malefactors… but enough only to pay for the increases in military spending.

Neither will be cut back.

The swamp won’t be drained. There will be no real boom.

There’s been a lot of talk of the “Trump rally” in U.S. stocks.

But the real gains are going to investors in emerging-markets stocks.

The Secret That Central Banks Have Been Hiding for Seven Years
Central banks have tried to keep this seven-year trend hidden from the public… But for those watching, it could be a potentially huge money-making opportunity.

Which Warren Buffett Is Right?
In 1999, value investor Warren Buffett worried that years of outsized returns had dulled investors into complacency. Fast-forward to 2007, and it’s Buffett who is becoming complacent.

Fancy a Trip Around the Moon?
Elon Musk, the billionaire entrepreneur behind electric automaker Tesla, says his other company, SpaceX, will be ready to take tourists around the moon in a rocket in as little as one year…

Today… some interesting feedback on Saturday’s guest essay – “The U.S. Is in Real Trouble” – by Bill’s old friend and legendary speculator Doug Casey.

I have just finished reading Doug Casey’s article. I have long believed we are heading for just such a breakdown. (I’m 81.)

Though I don’t live in the U.S., we will all be effected. There has long been a saying that goes “When the U.S. catches cold we all get pneumonia.” So what Doug is saying is relevant to the whole world to some degree or another.

But civilization advances in uneven lurches, with much bloodshed on the way. And although I may not live to see, good will triumph over evil as long as there is a nucleus of those who truly believe in the sanctity of the freedom of the individual to make his/her own decisions.

To Bill and Doug – keep calling it as you see it. For it is you shouters from the house tops that may reduce the bloodshed to a reasonable level. Though I fear none can prevent it entirely.

This is the most depressing, because realistic, article I have read in a long while. And I live in the U.K. As gold acts inversely to the dollar, I propose to put my money in that. Or a lot of it.

Finally, this… from a reader who didn’t much appreciate yesterday’s Diary, “It’s Crash Awareness Week.”

Yeah, except EVERY week is crash awareness week for you perma-bears.

Cryptocurrencies are one of the hottest investment opportunities in the world right now. Just $100 invested in bitcoin when it was trading at one penny is worth $7.5 million today.

Our friend and colleague Teeka Tiwari is a true cryptocurrency expert. That’s why he recently put together a free presentation on this revolutionary technology that’s flying under the radar right now. You can watch it here now. But please hurry. This video will only be online until midnight. 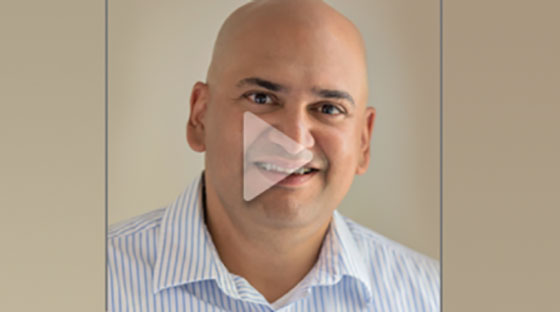