YOUGHAL, IRELAND – The sea is moody. We are in a hotel room overlooking Ardmore Bay.

It is like a cruise ship, beached on the shore. We see the sea, with its changing tempers, but we are not part of it.

One day it is angry, with white-capped waves slapping against the rocks. Another day, it is bright and chipper, deep blue, and sparkling with sunlight.

And today, it is gloomy… with no waves, at all. And even the clouds overhead seem to hang low, sulking…

The ocean off Ardmore Bay is sulking

But now, we turn away from our balcony, back to our computer screen…

We never trust any “fact” we find on the internet… unless we make it up ourselves.

And yesterday, we reported an item from Goldman Sachs researchers that was so perverse… so weird… and so staggeringly sinister, that we doubted it could be correct. We went back to the research department twice to make sure.

But it seems to be right.

Over the last 10 years, for every stock bought – in net terms – by the public, foreigners, pension funds, investment funds, or other institutional buyers (the normal buyers of stocks, in other words), the corporations themselves bought nearly 50 of them.

Buybacks have been the single largest source of US equity demand each year since 2010, averaging $421 billion annually. In comparison, during this period, average annual equity demand from households, mutual funds, pension funds, and foreign investors was less than $10 billion each.

In other words, the largest source of demand for stocks, by far, was not investors; it was corporate buybacks or acquisitions.

The math is pretty simple.

A corporation with a cost of capital of 4% could buy its own shares, earning, say, 8%. Then, the buying would reduce share count; increase the earnings per shares; drive up the stock price; trigger bonuses and stock incentive schemes; and generally, put a smile on investors’ faces.

This phenomenon first became noticeable, like an open sore on the face of capitalism, about five years ago.

We joked then that corporations would soon borrow money to buy their own products, too.

The queerness of this deepens as you do the math. The current yield on AAA corporate bonds, for example, is only 3.69%. And a company might have a profit margin on sales of, say, 15%.

So, if it borrows $1 billion to buy its own products… it would make $150 million on the sales, while only paying $36.9 million in interest. So, sales go up. Profits go up. Inevitably, the stock price goes up, too.

This was a joke.

But now, the sore has deepened to the bone… and what companies are doing is nearly as absurd.

They are losing billions of dollars in their Main Street operations (Lyft… Uber… Tesla) and counting on money from Wall Street to keep them in business. They lose money on each sale, but fill the gap with equity or loans – both made available on exceptionally EZ terms.

What is going on?

“Financialization of the American economy,” explains colleague Dan Denning in our most recent edition of The Bonner-Denning Letter.

This shift has been widely noticed, but little understood. The dots are too many… too mobile… and too indistinct; it’s hard to connect them.

Not Your Grandfather’s Stock Market

But when almost all stock buying is done by the stock issuers, you know something funny is afoot.

When the feds can add more than a trillion dollars a year to the national debt – in a boom year – you know something is fishy. And when corporations can fail miserably in their Main Street business operations… and still be worth billions on Wall Street, you know this is not your grandfather’s stock market.

So, let us back up and look at an old timer’s economy – when investors still bought stocks… Congress still tried to balance the budget… and businesses still had to earn a profit.

A Dear Reader describes his town:

When I graduated from high school in Mansfield, Ohio, in 1949, any one of my classmates had his pick of nearly a dozen major manufacturers as a job and career source. We had a major Westinghouse Electric appliance factory, Dominion Electric (table appliances), Mansfield Tire (lots of private-label tires), Gorman-Rupp pumps, Empire Steel’s local plant, a new GM parts plant, Ohio Brass, and a number of others.

No college was required, just a willingness to work eight hours, five days a week, for pretty good money. This was a city with a population of around 45,000. Stay with any of them, and you were in the middle class before your first child was in school.

Since my graduation, the city is a bit smaller, but every one of the plants I named has closed!

What is it? How did it work? Is it the “wave of the future?” Or a total fraud?

Tune in next week.

MARKET INSIGHT: THE FINANCIALIZATION OF THE AMERICAN ECONOMY

As Bill wrote, we’re witnessing the financialization of the American economy.

Another way to describe it is the systematic destruction of the American middle class (at least the middle class as we had known it since the end of World War II).

“Financialization” is financial engineering in the interests of the shareholders.

But the gain from the investment hasn’t come from a new product or a better service. It’s come by changing the capital structure of the company.

Which is all fine and dandy if you’re a stockholder in that company, but entirely fabricated for the financial gain of asset owners.

Even Warren Buffett is apparently a fan of the fake-money financialization of the USA.

The Oracle of Omaha says share buybacks “make nothing but sense” if a company has met the needs of the business and the shares are underpriced.

Buffett spent over $421 million on buybacks in the fourth quarter, which is admittedly a small chunk of Berkshire Hathaway’s $112 billion in cash.

He says there’s not much difference between a dividend and a share buyback. Both are a way of returning money to shareholders.

There’s more to this than meets the eye. For starters, it tells you nothing else in the market IS underpriced. If it were, Berkshire would be spending cash buying other businesses instead of buying back its own shares.

But I think it also shows you how Buffett’s empire itself has now been “financialized.”

Take his decision, announced in February’s annual letter to shareholders, that the company would no longer be measuring its performance in terms of the increase in book value per share.

That metric was rooted in investor Ben Graham’s focus on tangible book value as the beginning point for determining the value of a business, and thus, the price you should pay for shares in that business.

Buffett has talked about abandoning the measure for a few years, so it’s not a huge surprise. But as Berkshire has grown, it’s less about what the profit owner/operators can generate from businesses that have unusually high returns on capital.

It’s become more about capital management and how to ride in the slipstream of a cheap money regime. Which is also fine from a shareholder’s point of view. But it’s more evidence of the financialization of the U.S. economy.

If you want to know why this is the weakest 10-year recovery in American history, you don’t have to go much further than this. Real wealth comes from investment and productivity gains. Not financial engineering.

When I say you need to “definancialize” your life, I mean make sure you don’t get sucked into the S&P 500 making an all-time high and then watch the value of your life savings fall by half when the business cycle turns, interest rates rise, and the stock market crashes.

P.S. When the trends that Bill and I have been following converge, it will result in a massive destruction of wealth. There’s no way to save yourself from all of it. But there IS a way to insulate yourself from the worst of it. That’s what Bill and I have been showing readers in the pages of The Bonner-Denning Letter. To see what we’ve been advising our readers to do, go right here.

The Fed’s Next Move
Next week, Federal Reserve policy makers will gather in Washington. On the docket, interest rate projections. While the conclusion won’t be made until June, economists have already begun speculating via surveys. The forecast? Only two of the 39 polled see a rate cut in 2019…

Where U.S. Millennials Are Moving to Most
Depending on where you look, you’ll get a different take on the state of the housing market. But, a recent study shows millennials (those born between 1980 and 1998) are flocking to two U.S. cities more than anywhere else. What’s enticing them? Higher wages and affordable homes…

This Man Beats Wall Street “Whales” at Their Own Game
While trading algorithms aren’t our usual beat at the Diary, Jason Bodner is the 20-year Wall Street veteran who executed multibillion-dollar trades for the world’s largest funds. And as he gives you a look under the hood, you’ll see how he can spot the fastest-moving stocks up to 30 days before they pop…

Today, a mixed mailbag: what a TV show and socialism have in common, where a college degree gets you in life, and the Doom Index.

When I was a youngster, a popular TV show was Let’s Make a Millionaire. It featured a never-seen man of great wealth who searched for people whose lives would be greatly improved if they were given a million dollars (10 million in today’s dollars). Of all the shows I watched, the one I recall is the person who squandered the wealth he was given. Like many overpaid athletes and lottery winners nowadays, he spent it on bling and invested nothing and soon had nothing.

If Bernie Sanders is empowered to become a modern-day Robin Hood, taking money from those he believes have too much, to give to those who never have enough, then I forecast the recipients of his largesse will fritter away their windfall. Soon, they will be demanding Bernie give ‘em more of other people’s money. Eventually, thanks to Bernie and his Bernie-believers, no one will have any money.

My wife and I have five children. Three graduated college 10-plus years ago, one is finishing up her engineering degree at Purdue, and one decided college wasn’t for him and dropped out. All of the graduates make excellent money and the one current college student has an excellent internship, and a bright future, career-wise…

Interestingly, our dropout son has had the fastest start. After beginning as a car “detailer” at a local used-car dealership, making $11 per hour, he rose by taking on new roles such as running internet sales, then car sales, and last fall, he became the sales manager. He now earns roughly $150,000 per year, and works hard, long hours. What’s even more valuable is that the owner/founder of the dealership has taken our son under his wing, teaching him about the nits-and-nats of running a business, and thus, giving him a “practical MBA.”

Long story short, you don’t always need a bachelor’s degree to succeed in life. And, the $74,000 annual cost for your noted school is absolutely outrageous.

I love to read Bill Bonner. Especially this Doom Index…

Did you see this former Wall Street insider’s presentation?

He unveiled his own breakthrough trading system, which can spot the market’s fastest-growing stocks up to 30 days in advance. (In fact, it’s already identified a small tech company in the 5G space that could be a triple-digit winner in just a few months.)

If you missed it, you’re in luck. There’s still time to get access to his trading system. But, act fast… this is for a limited time only. Read on here. 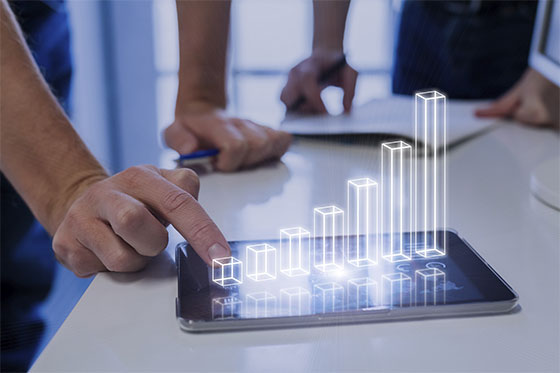