YOUGHAL, IRELAND – How to beat Trump at his own game?

The question has been gnawing at the guts of the Democratic party for the last two years.

How do you out-Trump Trump? How do you steal his thunder… and recapture those formerly Democrat voters in Wisconsin, Pennsylvania, Illinois, and Ohio?

Can you keep the heart of Trumpismo… and add a brain?

No greater flattery has been offered to Donald Trump than by Elizabeth Warren. She’s stolen the dumbest elements of the president’s policy bungles and made them her presidential campaign platform.

She’s taken not only the heart of Trump’s creed, but the steel-toed boot. And as for the brain… it is the brain of a self-aggrandizing, manipulative huckster with a PhD.

Our beat is money. But money flows through the veins and arteries of politics. The more money it gets, the more aggressive and destructive it becomes.

Mr. Trump is one of the most ambitious politicians in American history. He wants to control where, how, and with whom we do business… how much interest we pay on our loans… and even how much stocks are worth.

But along cometh the Massachusetts senator with even more buffoonery. She aims to boss us around even more. And she has a plan for everything; all of them are ghastly.

And stitching them all together would be a collection of bureaucrat/lobbyist/insider seamstresses at a new Swamp edifice, the Department of Economic Development (DED).

The new DED… pronounced “dead”… would function like the GOSPLAN – the centralized agency that oversaw economic planning in the old Soviet Union – stifling any attempt at genuine enterprise.

But people make win-win deals with each other… doing their best to earn a living and get ahead. That’s how an economy works.

Patriotism just disguises a power grab. Like a wash of sweetish cologne on a corpse, it hides the odor of a decaying economy… while the rot continues.

Ms. Warren might save herself some trouble by just searching the archives for one of the Soviet Union’s Five-Year Plans… Or if she wants to stick with the four-year election cycle, she might brush up on her German.

In 1936, Adolf Hitler appointed Hermann Göring to come up with a four-year economic plan. The plan had most of the elements Ms. Warren claims to want – creating jobs, building infrastructure, making Germans buy products made by Germans, and even getting control of big business. She could probably save time by simply having it translated.

Of course, the German plan was a total failure… as central planning always is. As the Soviet Union demonstrated, central planning can turn out tanks and rivets, but it can’t make the products and services a consumer economy really wants.

And for an obvious reason; it produces what the central planners want, not what consumers want.

Then, along come the central planners. “The deal is off,” they say. The feds force Peter to pay Paul for nothing. Obviously, Paul is happy and promises to launch a government agency to help Peter’s business.

But Peter is fed up. He closes his business, fires his employees, and retires early. Overall, the economy is worse off.

“Economic patriotism” is catnip for scalawag politicians. It is poison for the rest of us.

TECHNOLOGY INSIGHT: WHAT MY CONTACTS ARE SAYING ABOUT “FACEBOOKCOIN”

Recently, I showed you the real motivation behind Facebook’s plan to launch its own cryptocurrency. In short, it’s all about deflecting regulatory scrutiny away from the company. It’s no secret that Facebook has been in hot water with government regulators over how it manages user data.

And what better way to appease techno-illiterate politicians than by “sharing” company profits with users via a Facebook cryptocurrency?

The mainstream media reported that Facebook would launch its cryptocurrency – called “GlobalCoin” – in 2020.

But I’ve been discussing the topic with some of my contacts in the high-tech industry. And the word on the street is that the mainstream media is wrong.

I am hearing chatter that Facebook’s cryptocurrency will keep its codename, “Libra”… and that its white paper will be released on June 18.

In the world of blockchain technology, a white paper is a formal document that describes the technology and how it works. It is basically the point at which a project is publicly announced.

So Facebook’s cryptocurrency is much closer than people have been led to believe. We could see the network launched in the coming weeks.

And I am hearing that Facebook is creating a foundation to operate the Libra blockchain network. The foundation will consist of 100 companies. And each company is being asked to put up $10 million for the privilege.

The companies will each operate a “node,” which is a powerful computer that validates transactions and keeps a copy of the blockchain. These nodes are what will make the Libra blockchain network possible.

This is a brilliant move by Facebook. By setting up a foundation of 100 companies to operate its blockchain network, it appears to be giving up control. The foundation will manage and oversee the cryptocurrency… not Facebook.

This will further deflect regulatory scrutiny away from Facebook. It also increases Libra’s chance of success.

I’ve been very upfront with my opinion on Facebook. I’m not a fan of its business practices. I deleted my own Facebook account years ago when I found out what they were doing with my data.

But there’s no denying that the company is one of the best businesses in history. Facebook has 2.3 billion users. And Libra will turn those users into the world’s largest economic network. That will mean greater revenues for the company… which bodes well for Facebook’s stock price.

I’d like to personally invite you to my free technology investment summit tonight at 8 p.m. ET. We’re calling it the “Early Stage Tech Summit.”

We’ll be broadcasting from The Study at Yale, a venue a stone’s throw from Yale University, where I’m enrolled in a 10-month executive leadership program.

I’ll be sitting down to have a frank conversation about the future of technology. I’ll reveal four of my biggest predictions for the future of tech, and I’ll give you details on the four early-stage tech companies that I believe could make investors a small fortune in the years ahead.

If you have any money in stocks, then I know you’ll want to attend this event. Reserve your spot here.

Warren’s Wealth Tax Sees Support From Millionaires
Senator Elizabeth Warren’s proposal to place more taxes on millionaires’ wealth has unexpected support from a key group – the millionaires themselves. Sixty percent of them support Warren’s plan for a 2% wealth tax on people worth more than $50 million. And it’s not the only tax plan that has growing support…

Most CFOs See Recession in 2020
The U.S. is enjoying the longest economic expansion in its history. But most executives are planning for it to end soon. More than two-thirds of America’s chief financial officers think that a recession will arrive by the end of next year. And almost half think it will come sooner…

The Technology of Chaos
Superpowered humans? Editing DNA? Bringing someone back from the dead? These ideas sound like science fiction. But they won’t be for much longer. We’re on the verge of game-changing technologies that will alter our way of life. They’ll either allow us to solve society’s problems… or throw us into chaos.

Today, another reader takes issue with our “Trump bashing” and begs us to “stick to stocks”…

I read with disgust more Trump bashing in the email newsletter this morning. I expect that from the media, but do not expect it from an investment newsletter service such as yours that I subscribe to. Mr. Bonner, please stick to talking about investing, investing strategies, and investments that might make us money. Leave politics up to those in Washington, D.C. and the general media, and stick to stocks.

Meanwhile, one reader explains why the jobs report isn’t as reliable as it used to be…

Regarding the employment numbers, seems I recall a year or so ago reading that the payroll numbers are getting larger to the point where all able and willing bodies are employed. Only the unwilling, unable, or college grads (but I repeat myself) are not working. The unwilling aren’t working due to the Democratic Party being willing to give everything needed away (food, housing, party money, political protection). And college grads aren’t working because they expect a corner office with a six-figure income.

With the push for a $15-an-hour minimum wage falling on the low-paying jobs, and the corporate response, how can there ever be an amount of 185,000 new workers in any time period? Lord knows how many “illegals” cross the Rio Grande, and those numbers get added into the population count, affecting the overall math (employed versus unemployed) to figure these things out. In other words, the formula used in the past is pretty much not applicable in these uncertain times. One could banter for hours on this subject and end up right where we are, scratching our heads.

By the way, your wine is fabulous. I bought six bottles of each, and I am enjoying the fruits of your efforts.

Jeff Brown, Bill’s go-to tech expert, picked the top-performing stocks on the Nasdaq and S&P 500 in 2016 and 2018. This was before most people had ever heard of them…

Tonight at 8 p.m. ET, Jeff will make four more incredible predictions about the future of technology. And these are technologies that 99% of Americans have never heard of.

He’ll also give you details about four small-cap tech companies that have a chance to 10x your money over the coming years… Reserve your spot here. 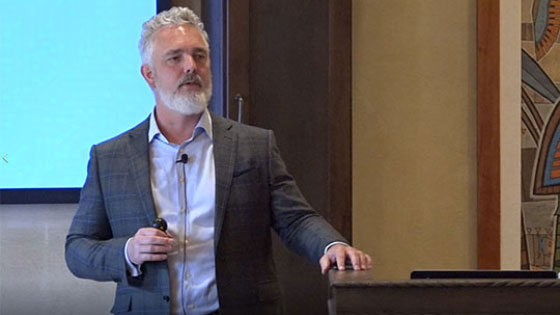