BALTIMORE – In his talks with Democrat leaders yesterday, POTUS apparently lost his temper. He slammed his hand down on the table and walked out.

The subject was money – $5.7 billion, to be precise – the money requested to build a wall along America’s southern border.

Money is more than “just money.” It’s time – our time. It’s our lives. It’s how we keep score in life.

On the evidence of the scoreboard, we’re losing.

In the theories of democratic government are some of the wildest, most extravagant, and least accurate claims in modern mythology.

The general idea is that the best and brightest – or at least not the dullest and most venal – are elected by the masses to represent them in the nation’s capital.

There, with their thinking caps on and their hearts attuned to the needs of “The People,” they do such things as will improve the commonweal.

More specifically, these people – including Ms. Ocasio-Cortez, Chuck Schumer, Mitch McConnell… and Donald J. Trump himself – are charged with tending the nation’s money, remembering that every penny they spend must be squeezed from some poor taxpayer’s time and the sweat of his brow.

“No Money shall be drawn from the Treasury but in Consequence of Appropriations made by Law,” sayeth the Constitution. Thus, in solemn deceit, do the people’s representatives bend to their duties.

Alas, by inattention, delusion, and self-dealing (buying votes with other people’s money), time got away from them. Since 1969 – a half-century ago – no administration has been able to balance the federal budget (the alleged “surplus” of the Clinton years was an accounting fraud).

Federal debt has gone in only one direction: up. Year after year. Republicans after Democrats.

This spending, including $21 trillion of time borrowed from the future, has supported a vast blob of chiselers, cronies, zombies, and meddlers, aka the Swamp.

Which is why it seemed like the ill-wind known as Donald J. Trump might actually blow somebody some good, by drying out some of the deepest and greasiest pools in the Washington metropolitan area.

Congress can argue, bluff, and bluster. Ultimately, it’s the chief executive who has to sign off. And as custodian of the public welfare, he might simply have said “no” to the Swamp.

Presented with an out-of-balance budget – one plumped up with billions in giveaways and bribes, and dripping with lobbyists’ payoffs and slimy crony deals – he might have refused to sign, sending it back to Congress.

“Come back when you get your numbers straightened out,” is all he needed to say. “If I tried to run my hotels like that,” he might have added, “I’d go broke.”

But the whole system rests on self-dealing and conflicts of interest. Every bit of public munificence comes at the expense of private time. Politicians gain power by spending money, not by saving it… And they can only get the money to spend by preying on the people whose time they are meant to protect.

Honest politicians, if there were any, would cut spending and limit their own power – not expand it.

What a delight it would have been to see Mr. Trump on TV on Tuesday night… not proposing to spend $5 billion on a wall… but to save $985 billion (the projected Fiscal Year 2019 deficit)!

How we would have loved to see the looks on their greedy faces – Pelosi, Schumer, McConnell… and all the rest of them.

And maybe reporters could have asked the “man on the street” in Washington, as politicians fought over which agencies to close and which lobbyists to stiff.

Cameramen could have captured the long faces of the hustlers, connivers, and other parasites… as suddenly, the feds had to cut spending to bring it in line with revenues.

Our hearts swell with hope and delight just imagining it. Elected to drain the Swamp… what a hoot it would have been to see Donald J. Trump actually try to do it!

That would be a fight worth having! That would be worth interrupting prime time television and shutting down the government! Not just for a few weeks… but for months.

Alas, it is all a hopeless fantasy. We live in an era of failed dreams… the internet revolution… productivity-boosting technology… central bankers guiding the economy to growth and stability – all washed up.

And now… Donald J. Trump, champion of disruption, promising to right the wrongs of a corrupt, swampy system; he got to Washington and almost immediately slithered into the fetid water.

And here, we look at the score.

But during that period, the U.S. national debt increased by $2 trillion. (A pace that was even faster than during the preceding eight Obama years).

In other words, if Mr. Trump were to leave office tomorrow, he would leave the nation $1.2 trillion poorer than it was when he arrived.

For the last two years, the U.S. government was firmly under the thumb of Mr. Trump and his party – who controlled the House, the Senate, and the White House.

And therein lies the whole tawdry story of Wall Street and Washington. The markets and the economy are pumped up with debt. And no one wants it to stop.

If not Trump, who? If not with control of both houses of Congress, how? If not when the economy was posting such “beautiful” numbers, when?

The only president who might have stopped the drift towards bankruptcy and chaos turned out to be a Swamp Man.

As Bill has written before, the Fed will never voluntarily “normalize” rates.

In October last year, Fed chairman Jay Powell said the federal funds rate was, “a long way from neutral.” Then, in December, after raising the target rate to between 2.25% and 2.50%, and sounding awfully hawkish about more rate rises in 2019, Powell blinked.

After some public tweet-shaming from Donald Trump (and a market temper tantrum), Powell said rates were at “the lower end of neutral,” a remarkable about-face.

As of this writing, the market hasn’t closed lower on a single day’s trading since Powell told investors the Fed would be more “data dependent” and, presumably, less committed to raising rates, in 2019, no matter what.

What’s at stake here is whether the market believes the Fed still has its back. Everyone who’s gotten wealthy since 2009 – everyone on Wall Street, the president in the White House, baby boomers – has a vested interest in the bull market going on (at least until they can sell their stocks and retire safely).

Will the Fed cooperate with the needs of investors by keeping rates low? Or will it actually return interest rates to something like normal?

I say “something like normal” because rates will never truly be normal. Why?

The answer is simple. Because the debt is too damn high. How high? So high!

When it comes to government spending, Trump is no conservative. But remember, he’s told us that he’s the “King of Debt.” Expect more deficits and a higher national debt.

To be fair, it’s not just the United States government. Debt has exploded at all levels since the crisis of 2008, according to the Institute of International Finance (IIF).

Corporations had $104 trillion in debt in 2008. They have $135 trillion now, according to the IIF (much of which has been used to buy back shares or “invest” in markets rather than in new capital spending).

On a debt per person basis, Japan still takes the cake. The U.S. would have to run much larger deficits (or see its GDP shrink dramatically) just to catch up. Check out the top 10 countries in terms of debt per capita below, according to the Organization for Economic Co-operation and Development (OECD).

How bad could it get in the U.S. before we go full-Japan? Per capita debt would have to increase by $28,806 to reach Japanese levels. Multiply that by 328 million people… and you get about $9.4 trillion in new debt required to reach Japan’s current per capita debt levels.

How do we get there? Easy!

Trump has run up $2 trillion in new debt in his first two years. Let’s say he has six more years (assuming he’s re-elected in 2020). That’s at least another $6 trillion based on current spending/receipts alone.

And that doesn’t include Medicare for all, any new foreign wars, or an increase in the interest expense on the debt.

What about a debt jubilee? Many Bill Bonner Letter readers have asked about it. Congress, the Fed, and the president getting together to wave their magic wands and “reset” the system?

Yes, that’s possible. But you don’t renege on your obligations to creditors without a huge loss in confidence in your stocks, bonds, and your currency itself.

That’s why – before any of that happens in the coming years – you want to take steps NOW to get your wealth and assets in order. There are no fiscal conservatives left in Washington.

Debt and deficits don’t matter to the markets. But they do matter in the real world and in the long run.

P.S. Rising government debt levels isn’t the only thing you should be keeping an eye on. As Bill said recently, stocks are still expensive by historical standards. As we showed, sometimes stocks fall hard and stay down for decades. That’s why Bill’s been telling readers that the most important thing you can do as an investor is avoid the “Big Loss.”

Want to Be a Better Investor? Do Less.
Hard work pays off, goes the old saying. And that’s true for most aspects of life. But when it comes to investing, the opposite might be true. Want to boost your returns? Work less.

How Big Tech Stops #DeleteFacebook
Social media users are waking up to the realities of data-gathering companies like Facebook. After the Cambridge Analytica scandal last year, #DeleteFacebook trended on the web. The Silicon Valley giant took notice… and then took action. Just not the kind you were hoping for…

Trump’s Real Legacy
While the mainstream media obsesses over Donald Trump’s tweets, something unusual is happening behind the scenes. Nick Giambruno believes POTUS could be up to something big. And it has nothing to do with a trade war, an infrastructure boom, or The Wall. It’s this.

In the mailbag, discussion turns to Alexandria Ocasio-Cortez. Is the newest representative of New York’s 14th district a danger to the nation? Or is the congresswoman just telling the truth?

You are right… Alexandria Ocasio-Cortez is dangerous for our great country. She is also amazingly, incredibly stupid. If breathing weren’t automatic, this woman would be dead by now. I worked for a newspaper for 30 years, so I know the news business. Covering this woman prompts people to watch the news. But if the “newsies” are waiting for her to say something intelligent, they will have a VERY LONG WAIT.

Ocasio-Cortez telling the truth isn’t a danger to the nation. The real danger is the Republicans who continue to lie, cheat, and steal. Need to watch out for karma. Ask Paul Manafort.

Meanwhile, a dear reader connects a few dots of her own between Donald Trump… and the Fed:

My view of the current situation of Trump (DJT) versus the Fed is thus:

And no… it’s not a new type of ATM, voting machine, or bitcoin exchange station. Rather, it’s part of something we call “The Greatest Day in Stock Market History”…

You can get the full story here. 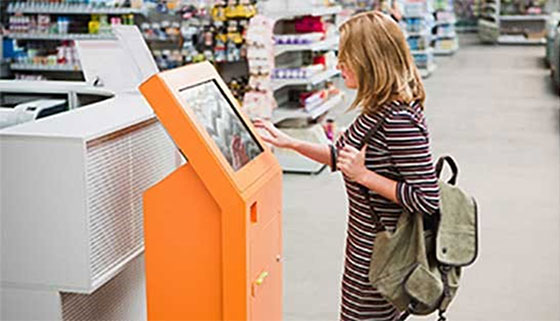