Please Note: The Bill Bonner’s Diary archives will remain open until March 31, 2022.
After that date, its pages will be closed permanently. Please see the December 17, 2021 Diary for more information.

Week 11 of the Quarantine

SAN MARTIN, ARGENTINA – Yesterday, we saw how the feds are in the process of cronifying the American working class… by bribing the great mass of “average” voters who decide elections.

To help speed the delivery of up to $1,200 in economic impact payments to individuals made available under the $2 trillion Coronavirus Aid, Relief, and Economic Security (CARES) Act, the Treasury Department last week began mailing prepaid debit cards to 4 million Americans.

The prepaid debit cards allow recipients to make purchases online and at any retail location where Visa is accepted. Recipients can also receive cash from in-network ATMs and transfer funds to their personal bank accounts without a fee. (Fees may apply if an out-of-network ATM is used.)

Eric Green and his wife, who live in Arlington, Va., received a card in the mail last week. But they, like so many others, thought it was a con…

And they were right. But it is a much slicker con than they realized.

Instead of depending on themselves… and on the honest give and take of a productive and healthy economy… the feds are teaching Americans to turn to the government, where they can get fast cash – without working.

Before the crisis, there were 70 million American workers earning less than $1,000 a week. But now, between state programs and a $600 federal bonus, many people who’ve lost their jobs are getting more than they earned while working. Many are getting twice as much.

“You get what you pay for,” as Milton Friedman used to say. Pay people not to work… and guess what… you’ll get a lot of idle people. This, of course, will delay a recovery, because workers will not rush back to jobs that pay less than what they get for being unemployed.

But the feds have a solution for that, too – bribe them to return to work.

Yes, that is the proposal of White House economic advisor, Larry Kudlow. He suggests a $450 bonus for people willing to give up $1,000 a month and return to the mill.

Neither Toil Nor Spin

For a look at where this leads, we turn again to the pampas… where the gauchos are pioneers in Financial Fantasyland.

“Hey…,” explains our neighbor, Ramón, “that’s the secret of Peronism [the leading political ideology in Argentina for the last 70 years]. Keep people poor. Keep them dependent on the government. And then… go broke.”

Instead, they get money from the government. It’s not much, but in a place where living costs are very low – no rent, no utilities, no auto loans, and low food costs – a little bit of cash goes a long way.

“Well, it’s not that little,” our neighbor goes on. “I pay my farm foreman about 40,000 pesos [about $285 at the most recent black market rate] per month. It’s the rate set by the government. He’s a good worker and has been with me for 20 years.

“But he has a sister who lives up in the mountains. She has five or six children – one of them has something wrong with him. She gets more in welfare than her brother does for working.

“It’s a disaster. People who used to be independent and hard-working – taking care of goats, cows, and sheep and planting their corn and potatoes – now do almost nothing. They used to spin the wool from their sheep or llamas and knit beautiful ponchos and sweaters, for example. Now, a lot of young people don’t even know how to do it.

“And they expect the government to come and look after them. If they have a medical problem, they want the government to send an ambulance. Even way up in the mountains. They get free food… [the local government hands out sacks of lentil beans]… and they get money every month that they can use to buy whatever they want. That’s how these originarios can afford to not work.

“It wasn’t like that before. It was give and take. They worked. They got paid. And if they had a problem… they’d go to the landowner, and he’d try to work it out. We’d take them to the city to see doctors. We’d give their children scholarships. They looked after us; we looked after them.

“People said it was ‘paternalistic.’ And maybe it was. But we respected each other and looked out for each other.”

And now, the Argentine economy is a wreck. Inflation is running at 50%. When we arrived in March, on the “black” market, we could get 90 pesos for each of our U.S. dollars. Now, the rate has gone as high as 140 – its value has been cut in half in just three months.

Today, in Buenos Aires, locked down because of the coronavirus… you can order food to be delivered. And dollars, too… a few clicks on your phone and the black-market currency traders will bring it to your door. They call it “Uber Dollars,” or something like that.

Naturally, the Argentines can’t pay their dollar-denominated foreign debt. A week ago, they defaulted for the ninth time in history… and the third time this century.

But how did Argentina get to be such a mess?

Former Argentine president Juan Perón was sent to Italy before World War II to observe military tactics in Alpine settings. He seems to have taken more of an interest in politics, especially those of Mussolini and Hitler.

And when he returned to Argentina in 1941, had the TSA rifled through his luggage, they would have found elements of both. Later, it would be called “Peronism.”

Ideas, like viruses, work their way through a population… infecting almost everyone, especially in dense urban areas.

To simplify, in 1941, Argentina was rich. Most of the money was earned by the old elite landowners, who exported beef and grains to the rest of the world.

But the votes were in Buenos Aires, where millions of recent immigrants were susceptible to the ideas Perón brought back with him from Italy. Many of the voters quickly succumbed to “Peronism.” And to this day, the Argentines have never developed a herd immunity to it.

The formula is simple enough: Rob the rich… give to the poor… get elected. Labor unions were important in Buenos Aires. Perón became their champion. As Minister of Labor, Perón settled strikes by giving workers a pay rise.

Then, elected president in 1946, (he defeated Robustiano Patrón Costas, whose sugar refinery we described on Monday… and whose grand piano now sits in our living room), he continued the giveaways.

Real hourly wages rose 27% in 1947 and another 24% in 1948. Minimum wages, government-directed pensions (you could begin collecting at 55 years of age), vacations, limits on firings… it was a fat time for the Argentine working man.

Not only that, the government took control of farm exports… and of key industries, such as the railroads. Prices were controlled to keep the urban voters happy.

But investment dried up. The railroads, for example (built by English companies), lacked maintenance, lost money, and were mostly abandoned.

The more the government interfered in the economy, the worse it did… and the lower went tax revenues.

So how did Perón pay for all the giveaways? And how did almost every government since then stick with the program?

Oh, Dear Reader… You’re disappointing us. Think again… you know… yes, you do…

…then, blame the rich when bills come due… print more money… and go broke every 10 years or so.

And how did this work out for the sweating masses?

In 1920, Argentina was the seventh-richest country in the world – with incomes higher than those of France, Italy, or Spain. A hundred years later, it ranks No. 38 in terms of median income, just below Belarus in Eastern Europe.

This is the past for Argentina.

And the future for America? Tango? Mate? And poverty! 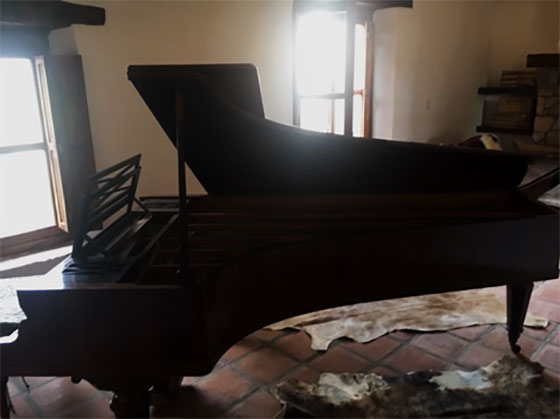