On the other side, he unrolls a mat, kneels, and bows in prayer, facing the Holy City of Mecca.

This morning at 6 a.m., it is already almost unbearably hot and humid.

Later in the day, the heat will intensify, reflecting off the glass and concrete towers all around. It will be about 105 degrees before noon.

Between the desert on one side and the Persian Gulf on the other, Dubai looks as though it might be swept away by one or the other at any moment.

It was a poor backwater until the 1960s. Then, it discovered oil, discarded slavery, and decided to become a kind of Las Vegas, without the entertainment.

Here, the women are covered up, the liquor is locked away, and the summer heat makes it almost impossible to go outdoors.

But here we are, Dear Reader, eyes wide open…

The purpose of our trip is business. We join our colleagues and partners from around the world – Dubai off season being a convenient and relatively inexpensive hub.

This network of publishers and writers now stretches from the U.S. to India, China, Australia, and Japan, which is why Dubai is a practical meeting-up place. And it reaches more readers every day than The New York Times and The Washington Post put together.

It is an “alternative” press… full of ideas and opinions that are sometimes too attractive to be true… and sometimes, too true to be attractive. Here at the Diary, we aim for the second category… having no illusion that we always hit the mark.

Yesterday, for example, we took up the issue of war. As renowned American journalist H.L. Mencken pointed out, “It is the dizziest, gaudiest, grandest, damnedest sort of bust that the human mind can imagine.”

It is also a rip-off.

For better or for worse, millions of years of natural selection made us what we are. Those who couldn’t defend themselves didn’t survive. Their genes were not passed on. Instead, the DNA we carry comes from fighters.

The best defense is a good offense. Among the apparently routine practices of ancient peoples was that of attacking and killing their neighbors, preferably exterminating the tribe completely… and mutilating their bodies to give out a warning to any who got away: Don’t mess with us!

We are the descendants, obviously, of those who committed the genocide, not of the victims. And we got the message, now embedded as instinct. We salute our officers. We laud our war heroes. We thank our “warriors” for their service.

They fight in a gaudy and dangerous sport for the amusement of the folks in the cheap seats… and the profits of those in the sky-boxes.

The U.S. faces no enemy capable of invading it; it can easily defend itself against any plausible attack. And even the trivial threat of terrorism would probably go away if the U.S. withdrew its troops from overseas and minded its own business.

Like every other government program, military spending is maybe one part real defense and three parts humbug and bamboozle… extracting money from the public so that it can be passed along to shifty enterprises along the Dulles Corridor… and favored Deep State groups across the country.

Major General Smedley Butler was right. In 1935, the two-time Medal of Honor winner let fly on his career:

A racket is best described, I believe, as something that is not what it seems to the majority of the people. Only a small “inside” group knows what it is about. It is conducted for the benefit of the very few, at the expense of the very many. Out of war a few people make huge fortunes.

The only fight worth having is a fight against other people trying to tell you what to do. Alas, even with the most expensive military the world has ever seen… that is a fight Americans are losing.

More to come… connecting the dots between war, win-win, tariffs… and the latest tweet from the President of the United States of America.

I’ve been on record all year as saying that artificial intelligence (AI) has reached an inflection point. This technology will transform our society in ways few can predict. And that change isn’t years away. It’s happening right now.

How do I know?

As I mentioned when I wrote to you last Friday, I recently attended the inaugural Amazon re:MARS conference.

The invite-only conference focused on Machine learning, Automation, Robotics, and Space. That’s what MARS stands for.

I listened to a talk by Andrew Ng. He is an adjunct professor at Stanford University, and one of the most influential minds when it comes to AI and deep learning.

Andrew has followed the rise of AI and deep learning since 2008. He attended an annual AI conference every year, and he said that usually, 100-150 papers came out of the conference each year.

Today, Andrew says there are 100 AI/deep learning reports published every day. That means the industry is now producing as much research in a day as it produced in a year for much of the past decade.

And that’s made it impossible for Andrew to keep up on all of the research. There’s just too much coming out for one person to stay on top of it all.

As a result, the number of deep learning jobs has gone up 35 times in the last three years. Again, not 35%… 35 times. That’s incredible growth.

AI is the most explosive trend in technology today… by far. It will be more disruptive than the adoption of the internet. And our lives are about to get a lot easier because of it. We’ll look back one day and wonder how we ever got along without it.

For us as investors, AI will provide us with some of the best investment opportunities of our lifetimes. This trend is that powerful.

P.S. With AI, new industries will be born. Fortunes will be made. The best AI companies will be easy ten-baggers. If you’re an investor hoping to get exposure to AI, the time is now. If you wait even just a few years, you’ll miss it.

I recently hosted a free online investing summit where I showed the investment potential of AI – along with three other bleeding-edge technologies. Go right here to get the full story. But do it before midnight tonight. That’s when my publisher plans to take the presentation offline. So go here before then.

It’s Beginning to Look a Lot Like 2008
Investors are worried. That’s according to a recent survey. It found that investors haven’t been this bearish since the global financial crisis of 2008. They’re bracing for bad news. And preparing for the worst…

America’s Newest Weapon: The Economy
We used to fight wars with bombs, guns, and artillery shells. But as Bill says, the returns on war went negative long ago. So combatants found new weapons. Economic ones…

The Man Who Bet $100,000 on Bill’s Trade of a Lifetime
Recently, Bill shared his Dow-to-Gold trading model with his long-time friend and colleague Tom Dyson. Tom was so convinced by the model, he went “all in” on the trade. And he believes it could be the secret to securing intergenerational wealth…

In today’s mailbag, dear readers are glad they received a “postcard from the fringe” from Tom Dyson…

Tom’s Round the World budget trip – I’ve been quite concerned over the past year or so about Tom’s whereabouts. Great to get an update, and even better to hear about Tom & Co’s family expedition. I wish you all the very best on your trip. And congratulations on making education a family event to start every day!

Hi Tom, the Dow-to-Gold bet sounds interesting. I just spent six months in India and three months in Nepal. I am currently in Thailand and returning to Pokhara, Nepal in November, when I can get a new visa. I doubt I will ever return to the States. Good luck with your travels!

I just want to say good luck on your bet, and have a great trip. I’d like to know how the Dow-to-Gold trade is structured… The way it is now, it leaves the bulk of the profits still on the table.

I just want to say thank you for the hard work you all put into the seminar. My wife and I listened to the whole thing and found it very educational. It means a lot to us to get this education. You clearly know your “stuff.” Wishing you success in the days ahead.

Jeff has made four massive tech predictions… and given away the details on the four small-cap stocks involved in these new technologies. These four stocks could return 10x, or more, each…

As a Diary reader, you have access to this presentation until midnight tonight. Watch the full presentation here, and learn how you could potentially make a small fortune. 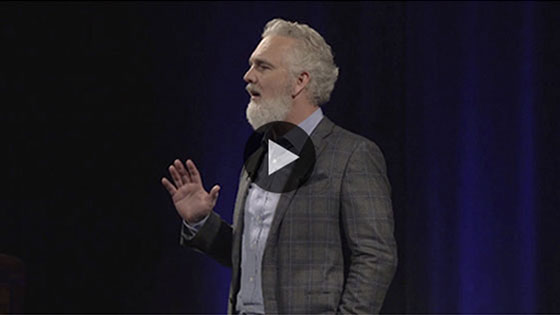